The revolutionary new GroundHound – Site Safety Warning System instrument from Advantage Electronic Product Development provides live, real-time monitoring and alarming of voltages associated with Step & Touch hazards on high-voltage work sites. The system monitors and alerts workers of the presence and severity level of their site’s ground/step potential rise, allowing them for the first time to safely make truly informed decisions regarding procedures and the level of protection required at the job site.

While testing the GroundHound in the field alongside other warning equipment workers discovered that many of the “false positives” showing up on other monitoring equipment were actually transients or rogue currents flowing from something happening at a location close by. Depending on the characteristics of the soil, resistance varies widely with each worksite.

When a worker comes into contact with energized soil caused by the voltage difference between the ground and an energized object Step Potential, (also known as Ground Potential, or Earth Potential rise) extreme danger to people and equipment may be present. The line worker no longer needs to step on dangerous ground and touch dangerous equipment to read the alarms. A self-contained Sensor Unit in an iPhone or Android communicates vital information via wireless protocol to a foreman standing a safe distance away.

GPR (Ground Potential Rise) is a phenomenon that occurs when significant amounts of electrical current enter the earth. With a work site grounding system, not only will the grounding system rise in electrical potential, but so will the surrounding earth. The voltages produced by Ground Potential Rise can be hazardous to personnel and equipment. GPR is dependent upon soil receptivity. An electrical potential gradient or voltage drop occurs in the soil resulting in potential differences that cause currents to flow all nearby grounded conductive bodies, including people.

Transients, Bursts or EFTs (electrical fast transients) are caused by operation of distribution switchgear connected to the power distribution network. A typical transient consists of a numerous recurring impulses at high frequency for a short period of time and can be very dangerous.

Exclusive International License Granted by the Department of Energy on Patent us 8,149,128 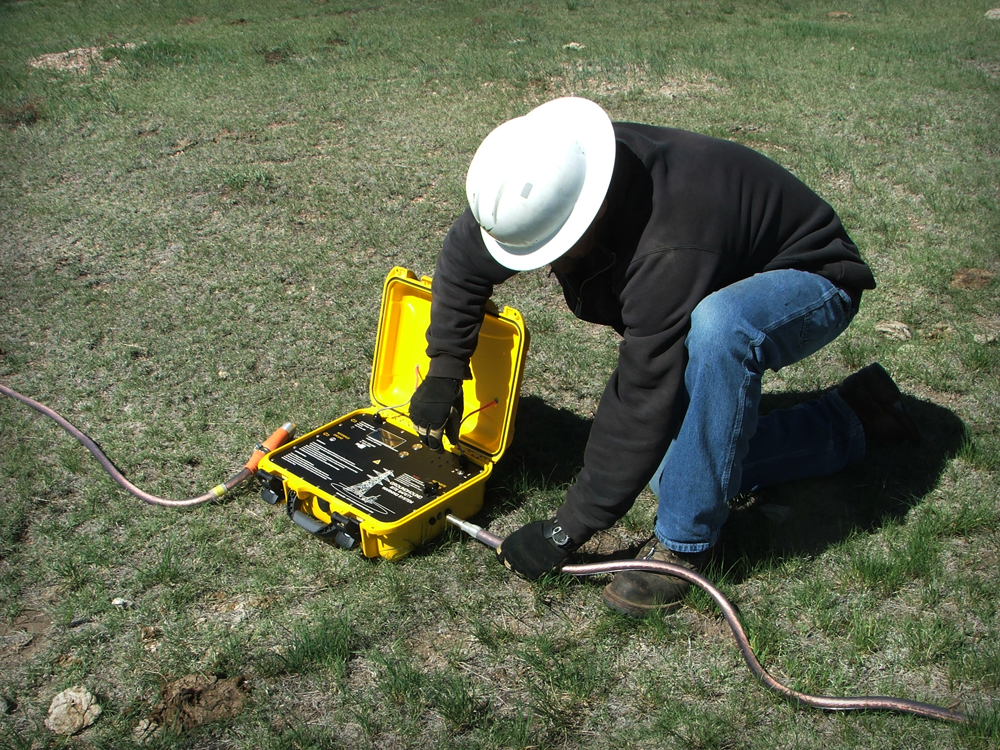