What is the crucial green/clean technology we can use right now? It’s not very sexy. Not very exciting… but it is the most productive energy resource we have. Luckily, it is also the cleanest and most cost-effective. What is it? Energy efficiency.

“Which energy source has had the biggest impact on meeting America’s energy needs over the past 40 years? It’s not coal. It’s not oil. Not wind or nuclear. Believe it or not, it’s even bigger than all of those combined. Our greatest energy resource is energy efficiency — wasting less energy and making the most out of the energy we already have.” Peter Lehner stated in GreenTechMedia “For nearly 40 years, our economic growth has been rapidly outpacing our energy consumption. Our businesses and industries are producing and selling more stuff, and using less energy to do so. We used less energy last year than we did in 1999 — despite running an economy that’s 25 percent bigger. How have we accomplished this growth without an accompanying boom in energy demand and a drastic uptick in carbon pollution? In a word, ‘efficiency’.”

The Importance of Green Button to Energy Efficiency

Just as quiet, in the world of energy is the government’s Green Button Data program but it won’t be for long! As product and software developers rush to develop ways that businesses and individuals can utilize the energy usage data obtained through Green Button to understand their usage patterns and ways to calculate and change to greater efficiency and lower costs, the activity surrounding increasing energy efficiency will grow to a roar.

As product developers for 20 years, Advantage has been asked to create every imaginable green technology device and software program imaginable to facilitate reduction of peak load, grid load balancing, energy consumption calculations, reduce energy usage, improve energy efficiency and on and on. In all of these, the weak point has been not how to do these tasks, there are myriad methods, but how to demonstrate it. Why? Because of lack of access to data and lack of standardized data throughout the utility industry.

Green Button is still new. At its inception in 2011 there were only three utilities involved. Now there are 35 utilities involved, but that is only about 10% of the utilities in the US and they only cover 36 million meters. Users however, are moving much faster. They are swamping the sites of participating utilities to download their data, with a 7X increase in just the past couple of months. Although Green Button was originally envisioned as a way consumers could access their smart meter data to better understand and control their consumption, that’s just the beginning! Innovative products and services to improve energy efficiency will burst onto the market and accomplish far beyond the program’s original vision. Now that Green Button has begun in earnest and the standardization of the data has arrived, the doors have been opened wide for the surge of energy efficiency products that will emerge in full force. 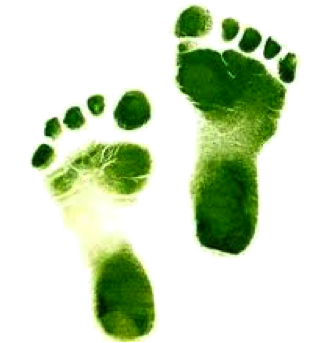