What Converging Technologies are Sparking Growth in Instrumentation?

So it’s 2014. Some sources say the economy is beginning to squeak around the corner. In the interim since the downturn, several technologies have matured enough to no longer be considered to be in that nerve-wracking category called “pioneering” and are emerging as truly innovative and integral to the future of analytical instrumentation.

What is in store for instrumentation development, that stalwart that has been serving science for 50-odd years of discovering, analyzing, and diagnosing? There are multiple challenges ahead for the analytical instrument space, both economically and technically.

Life-sciences, the giant for the last decade with its tremendous momentum, will still provide impetus for new instrumentation development, but not as muscularly so. Its growth is expected to be 8.4% and reach $45.2 billion within 2 years. The spectrometry instruments are the largest share of these markets, roughly 34% followed by chromatography. The spectrometry market is currently driven by the combination of mass spectrometry with chromatography techniques, an incremental, rather than disruptive advance. 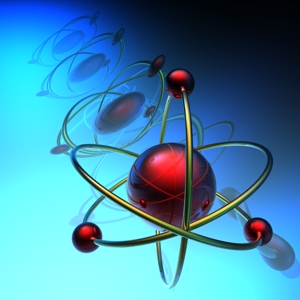 Even with the hefty R&D budgets and large numbers of staff, biotech companies have struggled to keep up with the changes occurring in their field. In the last 3 years pharmaceuticals have been proven substantially ineffective and it has become apparent that a fresh approach to caring for the population is necessary. Enter … ta da … the Personalized Medicine Model. Clinics, hospitals, research institutions and biotech companies are scrambling to develop workable models and instrumentation that allows personalized medicine to grow and change with the individual as their health conditions evolve. Naturally, the diagnostic lab model will remain, but the growth areas for life science instrument development will largely be in personal medicine and Cloud computing will be a core component to evolving effective to evolving effective Personalized Medicine models.

The up-and-comer, the contender for Life Sciences’ previously entrenched position is in the field of energy management & control and environmental monitoring instrumentation. Many of these instruments were originally developed for military application and have been adapted for, and have migrated into the other fields such as environmental monitoring. Government agencies, while driving the smart grid for its efficiencies, and monitoring weather patterns, industrial pollution, water usage and environmental quality, began this progression which is now expected to be the leading force for development of new devices over the next of 10 years. For a wide variety of reasons, virtually any organization using power and with a footprint in the environment will deploy these new analytical instrumentation systems to varying degree for:

The great enabler for these fields is the Internet of Things. Adding the connection of people to other people and devices to other devices greatly benefits these industries through the fact that distributed sensor networks, for the first time, become a practical reality. Industry leader, Cisco predicts that 37 billion new connections will be made to the IoT by 2020. This new form of instrumentation is a waking-giant that will utilize The Internet of Things capabilities to the fullest.

The Strength of the Instrumentation Industry is Rooted in Federal Funding

Chief Technology Officer, Todd Park, is heading up an assortment of efforts the purpose of which is to assist the U.S. to better leverage the power of technology to help address national challenges. These initiatives promote partnership between innovators across the private, public, academic and nonprofit sectors employing a “lean startup” approach.

The government is the largest consumer of technology and Science & Technology (S&T) is the darling at the dance. The 2014 budget places a substantial emphasis on funding for development of instrumentation and electronic product development in general. The focus is on development of instrumentation with a mandate to reduce costs, create innovation and pilot new products and manufacturing processes Life sciences and medical technology still have an advantage in government funding, but what are the growth areas? 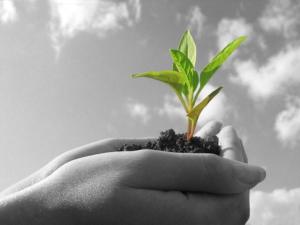 Our research shows that the annual growth for the US federal Research and Development (R&D) budget increased budget increased on average 1.6% each year between 2007 and 2010, in contrast to 2010 through 2013, when the federal budget dropped sharply, the most precipitous fall being 7.1% in 2013. The National Science Foundation (NSF) reports that the federal budget was $134 billion in 2013, a decline stemming from spending cuts and the 2011 Budget Control Act mandated sequestration.

The budget for 2014, which includes $142.773 billion for research and development, contains a 1.3% increase from 2012’s level of $140.912 billion. The funding trend for R&D is again concentrated in a handful of federal agencies which receive 95.3% of total federal R&D funding, 47.8% for the Department of Defense and 22.4 primarily for the National Institutes of Health. This accounts for more than 70% of total federal R&D funding.

Focus on Instrumentation at Advantage

From trailblazing technological advances to time and money saving approaches using best practices, Advantage’ engineers are experts in developing inspired solutions to issues that confront us as a society. The excitement is in the innovative approaches to serious issues ranging from worker security to homeland security – energy efficiency to sustainability. We employ solutions that advance the limits of what is possible.

Currently under development at Advantage are a range of transformative instruments that vary from distributed sensor systems in hazardous locations, to high-voltage worker safety, gamma and neutron-detection meters; everything from green technologies to body-worn smart devices. When intelligent, creative and inquisitive people collaborate to solve the most difficult and complex issues, innovation takes many forms and when a firm has been doing this for as long and effectively as Advantage, innovation is an expectation. Call us about your instrument development project and see what we can contribute to your success.

Please browse through our website to see examples of Advantage developments in action. 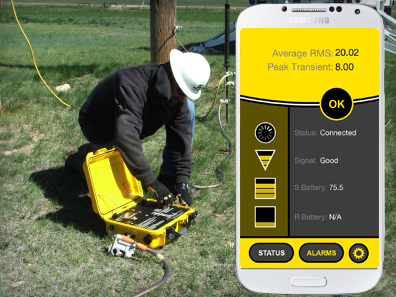 You Can Rely on Advantage for your Electronic Product Development Needs